Would you like to switch to the accessible version of this site?

Don't need the accessible version of this site?

What is an Impacted Tooth? 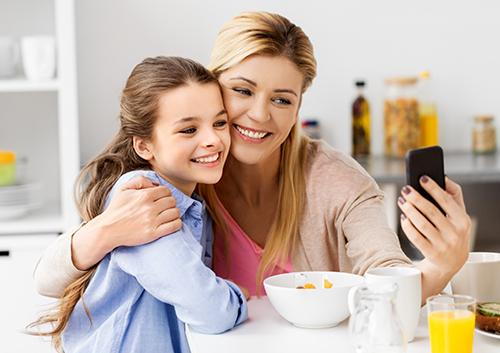 You may have heard this term the first time you or a friend got your wisdom teeth. That makes sense, as wisdom teeth are the teeth most often impacted in teenagers and young adults. But other permanent teeth can be impacted as well. What exactly do we mean by “impacted teeth,” and what can we do to treat them?

The term “impacted” means that somehow a tooth has been blocked from erupting properly. A tooth may be completely blocked by another tooth, erupt in the wrong space, or even come in from the wrong direction. Depending on the teeth involved, there are several different options for treatment.

From Baby Teeth to Permanent Teeth

A more complicated situation develops when upper teeth are impacted because there isn’t enough space in the mouth for them. In this case, a device called a palatal expander might be used to gradually widen the upper jaw to allow the permanent teeth to erupt without crowding.

In other rare cases, a tooth (often the canine) fails to erupt and may require oral surgery to uncover it, followed by orthodontic treatment to guide it into position.

Impacted teeth can result from other causes as well, and every impacted tooth should be treated as quickly as possible. Left untreated, the teeth can fail to erupt at all or erupt in the wrong place, crowd other permanent teeth, damage the roots of the teeth near them, and lead to difficulties eating and dental pain.

Wisdom teeth are often a problem because there is simply not enough room in the jaw for them.

Wisdom teeth that are completely impacted (still in the jawbone) can sometimes be left alone if they aren’t causing other problems. But if impacted wisdom teeth develop cysts, affect the teeth around them, or lead to other dental complications, they should be extracted.

Partially erupted teeth, those that have begun to emerge through the gums but don’t erupt fully, can be the source of different gum and tooth problems. Because the gum tissue overlaps the tooth, food particles and bacteria can become trapped, leading to rapid tooth decay and even infection. In this case, extraction is probably the best option.

The term “impacted” actually comes from the Latin root meaning “pushed against.” But teeth that don’t erupt at the right time, in the right place, can have a different kind of impact on dental health and appearance. And the earlier we can catch these problems, the easier it is to treat them.

Regular exams and X-rays with the doctor at our Topeka, Kansas office will show the progress of the teeth even before they erupt, and if there will be the space for them to fit in the mouth properly. We may recommend a visit to the orthodontist by the age of seven to see if there are any signs of potential orthodontic problems.

Intervention at an early stage can prevent potential problems from becoming major ones. That is why it’s so important to be proactive when teeth are erupting in children and young adults. After all, a healthy, confident smile makes a real impact!

Find us on the map